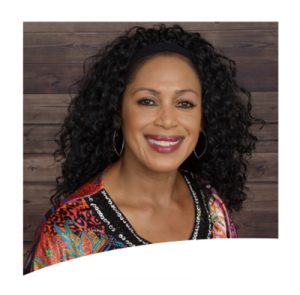 REGISTRATION IS CLOSED FOR THIS EVENT.

Growing up the oldest of six children, Dorothy witnessed her step-father physically and verbally abuse her mother and promised herself that she would never be in such a marriage; yet like so many others, she repeated her mother’s pattern. Shortly after college, Dorothy married Nate Newton. After they were married, Nate grew violent and Dorothy eventually filed for divorce to protect herself. The couple have two sons, Nathaniel Newton III (Tre’) and Nate King Newton. On the outside, Dorothy appeared to live a dream life. She was married to a handsome, successful, famous professional athlete. The world did not see her suffering behind closed doors. She was betrayed, abused and alone, crying silent tears that no one heard.

Today, Dorothy holds an M.B.A. and is a Practice Administrator for a health care organization. Dorothy is an active member of Gateway Church in Southlake, Texas. There she is a Christian speaker, a Bible study leader and serves on the Advisory Board of the Life of a Single Mom Ministries. She is a frequent host on Daystar Television Network’s “Joni Table Talk” and has appeared on numerous television and radio programs to address the topic of abuse. Dorothy’s book, Silent Cry, is a testament to her will to live, and the peace that comes with hope in the God who sees and hears your silent tears—even when no one else does.